After an in-depth analysis and an internal debate the Board of Examiners awarded unanimously the First Prize and three Special Mentions. It also announced two Recommendations based on the architectural value of the plans. The First Prize went to the "Restoration of a farmhouse and a new multi-purpose hall" project (located in Altedo di Malalbergo, Bologna, Italy) by Diverserighestudio.

The rigour of the project establishment solves important compositional an climatic topics with an extreme consistency, paying particular attention to the issues concerning sustainability, environmental respect and ecological requirements, thus meeting perfectly the topics indicated by the competition notice. The integration in a context, which is highly characterized by the rural architecture typical of the Po Valley, has been achieved without resorting to false and dangerous linguistic tools. On the contrary, the solutions adopted were constructive and suitable to interpret the features of the place, thereby translating them into a refined and extremely contemporary project.

Since this edition the Award was opened also toward the academia, housing a section for the Degree Thesis projects linked to the sustainable architecture world. Among these works this year the Jury selected a First Prize, two Special Mentions and two Highlighted Projects. 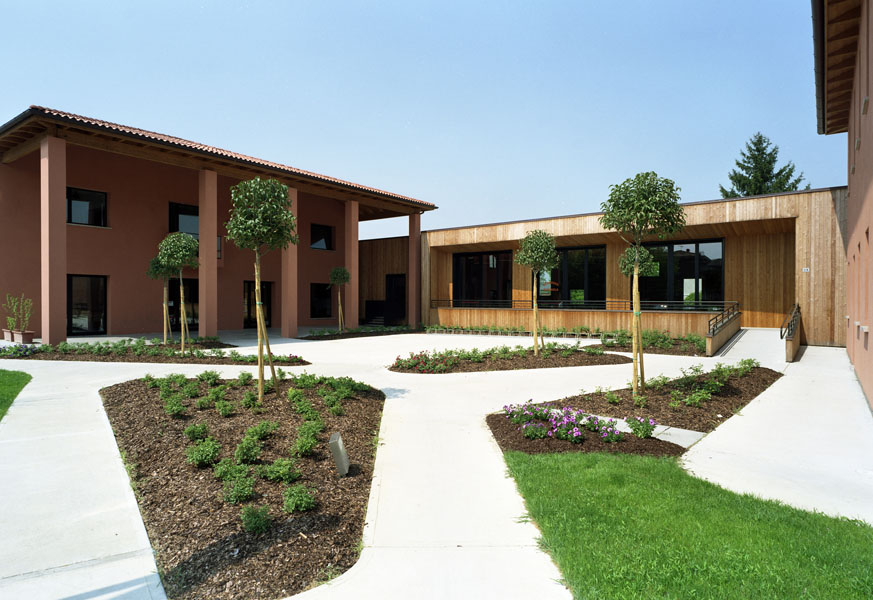